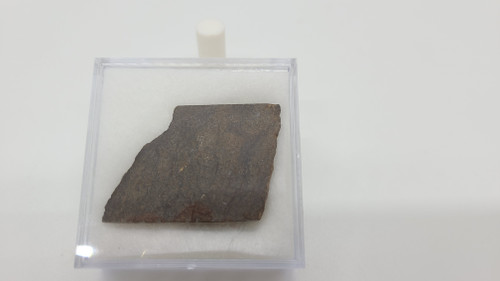 Al Haggouna 001 has quite the history as a meteorite in regards to its classification.

Initially it was classified as an Aubrite, but there was some scholarly debate about this, and some had recommended that it be classifed as an EL3.

It was reclassified in 2016 as Al Haggounia 001 and paired specimens as "vesicular, incompletely melted, EL chondrite impact melt rock[s]." (Rubin, 2016)