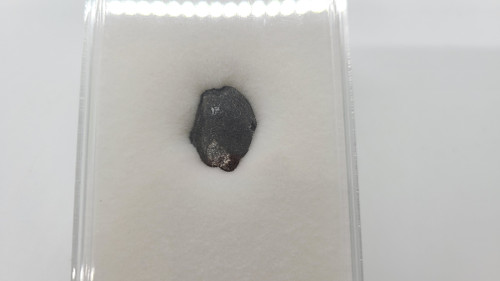 NWA 11504 was purchased by Michael Farmer a year after the reported fall either April 15th or April 16th. The source varies on what the day of the fall was, and no coordinates were provided to where the meteorite was recovered. This lead the Meteoritical Bulletin to list it as a non-witnessed fall.

This has a fresh black fusion crust and a small ship shows the interior of the meteorite.